Comminsion. A modular system, as an intergrated part of the architecture.

Pedestian street in a parking Garage. Transformation of Thomas B. Thriges Street in Odense, Denmark. The three dimensional structure consists of upright steel pipes, placed in grid systems creating a dynamic relation between man and space. A passage for the user, as an interacting procedural "model" - where users are involved as co- creative, in relation to the meaning and expression. Thus demonstrating innovative thinking, in solving the architectural challenge concerning "Non-places". 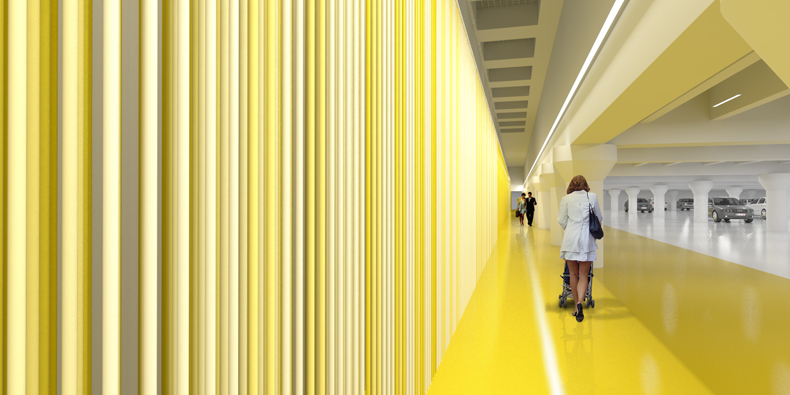 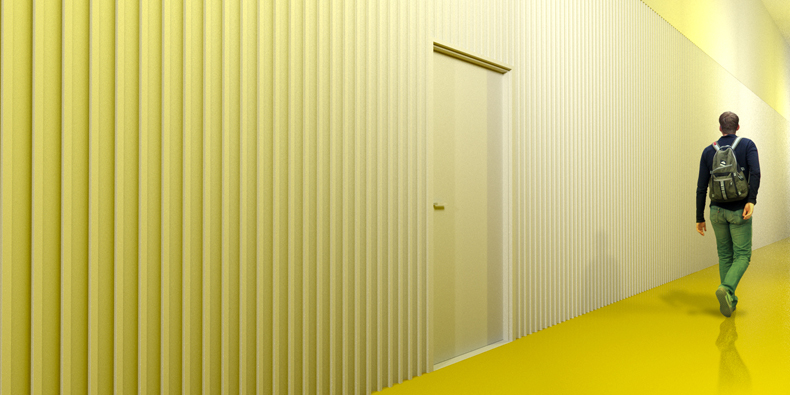